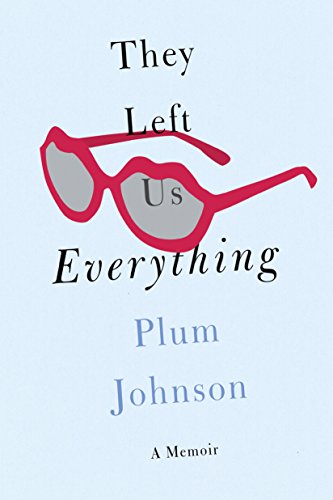 After years of taking care of their parents, Plum and her three younger brothers are now selling their home and going through their possessions. If you have ever had to do this, it brings back so many memories and makes it hard to let things go. Plum lives in the house until it can be sold and she reflects about her relationship with her mother and her mother’s life. She reads her mom’s old letters and learns more about her past as someone in the military and as a military wife. All the while, she comes to terms with her mother’s passing.

This book resonated so much with me. I lost my mother a year ago. I felt a lot of the very same things that Plum writes about. It had me in tears at a few passages that hit home exactly. And there were a few passages that made me see things in an entirely different way. I too was the oldest and as such, especially being the daughter, was expected to be the caretaker. Plum’s brother writes her the most beautiful letter and my heart broke a little for never having heard those words from my brothers. There is a very funny moment for me in the book where Plum sees a cat and thinks of course it’s her mother. My mom, who was not an animal lover, told me that if a cat comes to my door, let them in because it’s probably her! Moms and cats, who knew. I also really associated with Plum wondering when she was going to get to be the mother with her daughter and not have to have her life revolve around her mother. That mother/daughter bond is deep.

This is really a great read for anyone going through this same process or even if you haven’t yet, maybe her words can prepare you for what you will one day face. I am glad Plum took us on this very personal journey.