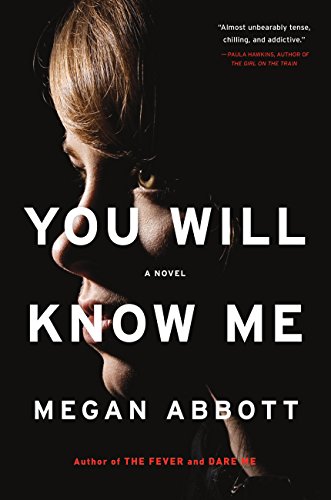 What parent wouldn’t do anything for their child? Devon’s dream is to be in the Olympics. Her whole life has been gymnastics. It seems to be her parents’ dream as well, especially her father’s. When Devon was young, there is an accident that her father blames himself for and in my opinion anyway, he seems to be overcompensating for that. Their lives revolve around her gym and her practices and performances. Sometimes to the detriment of their young son Drew. (He is his own little Yoda.) A tragedy strikes and it changes everything for Katie, Devon’s mom. Why are there so many secrets being kept from her and just what did happen to Ryan on that fatal night?

The mystery in the story isn’t so mysterious. You have some idea of what probably happened but the getting there is what makes the story. It really picked up for me in the second half. I wanted Katie to put two and two together and that was a slow process. Megan Abbott perfectly writes about teen girls and all the angst and jealousy that goes on between them. But she also nailed the obsessive parents in this one. Anyone who has had a child in sports knows what I mean. She is so good at telling the story that before you know it, it is over and you are still left thinking about what you just read.