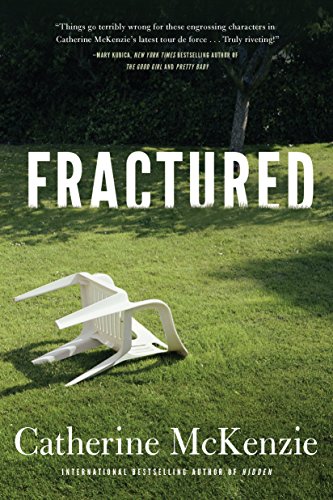 Julie Prentice and her family have moved from Washington to a lovely little neighborhood in Cincinnati. They are trying to begin their lives again after a stalker has left Julie pretty much broken.Heather, her stalker, went to law school with Julie and blames her for the death of one of their friends. Heather believes that Julie’s best-selling book The Murder Game, is a confession of sorts. Julie has become quite paranoid and that has made her very wary of everyone and everything. When she meets her neighbor John, she seems to open up to him easily. Every morning, John takes his coffee and looks out the front window. He sees Julie running and plans his running around her. They strike up a friendship that may or may not be not completely kosher. When an accident happens with Julie’s dog and John’s son Chris, it changes everything. John’s wife wants to sue. The neighborhood turns on Julie behind the lead of Cindy, the neighborhood boss, so it seems. (I still don’t know why everyone follows her.) And this all leads up to a major tragedy.

If you like your books to have suspense, characters you will love and ones you won’t, and a few surprises, then this is the one for you! As we go back and forth between the past and the present, told by Julie and by John, the suspense builds and builds until you just might want to peek, but don’t! There were a few times I wanted it to move along a little faster but I thoroughly enjoyed this story. I think it’s been my favorite of Catherine McKenzie’s books and I definitely look forward to more.