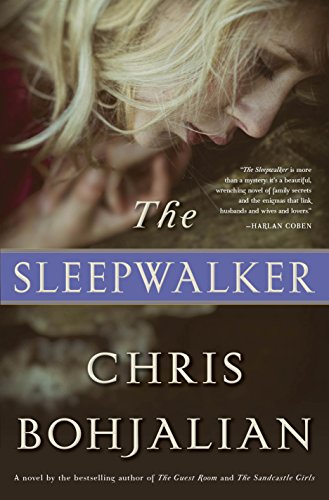 I would usually be about 5 or 6 books into the new year already but babysitting my grandson has kept my days full and my nights, well, I am not as young as I used to be. This is the first book I finished this year and it was a good one to start 2017 with.

Annalee Ahlberg goes missing one night and the search for her takes up the beginning of the book, while the fallout of what happened, takes up the second. Annalee is a sleepwalker. She only does it when her husband isn’t sleeping with her and he is gone for a conference the night she disappears. The story is told through the eyes of her older daughter Lianne, who is 21. She takes over the household for her father and her younger sister Paige, a seventh grader. As the search and police case continue, Lianne finds herself drawn to Gavin Rikert, a detective on the case who knew Annalee maybe better than most. They shared something that not too many people talk about. Lianne wonders if Gavin is telling her everything he knows and even though she is drawn to him, she finds herself with a lot of doubt. As they struggle to get through Annalee’s disappearance and then the aftermath, some secrets come out that will be quite shocking.

Well I was definitely shocked at the ending! I did not see that coming at all. Good for you, Mr. Bohjalian. He has such a way around a mystery. The added dairy entries really make you wonder. I had never heard of “sleep sex” and the whole sleepwalking aspect was just fascinating. Many times I read a book written by a male in a female perspective and am disappointed but he writes women characters perfectly. It was a good read to start off 2017 and I hope the trend continues.