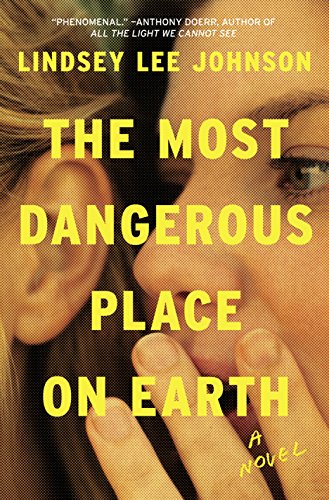 In lovely Mill Valley, home to some wealthy families,  a group of kids grow up and face their pasts and their futures. The story starts with them in eighth grade, all vying to jockey themselves into some kind of position among the ranks of the classes. There is a tragedy early on and it will just rip your heart out. I almost didn’t want to go on with the book. But once we get past that, the kids are juniors in high school. A new young teacher comes along, not much older than the kids, and she is so idealistic. The other teachers all seem so jaded. Molly  becomes friends with another English teacher who is harboring his secrets. And boy, he is not who he seems at all. The kids have all changed since eighth grade. Cally, Calista now, has become a rather ethereal druggie that seems to float in and around the school. She was front stage and center in the tragedy in eighth grade. Her ex-best friend is trying to get to an Ivy League school, craving her parents’ attention and getting it from someone she shouldn’t. Most of the boys’ parents seem to have their lives planned out for them. Ryan, the jock, sleeps around, not really seeming to care about anyone. Nick, a very smart kid, is selling drugs and taking the SATs for money. Dave isn’t sure what he wants but he knows it’s not what his parents want. Emma wants to dance. Elisabeth isn’t sure what she wants either but with such a flamboyant mother, it’s hard to hide yourself. After an accident, their lives become something else entirely again.

I would not want to be in school these days with all the technology. Some of these kids’ lives were utterly changed by gossip and pictures and posts. They bully without thinking of the consequences for the person they are bullying and even for themselves because eventually, they are the ones who have to live with it. This is a very powerful read. It is sad. It does have some hope. It will make you angry. It will make you think about how to talk to your kids. I think the Most Dangerous Place on Earth is the place that we put ourselves when we try to be something we are not. It’s the place you live in when you don’t know exactly where your place really is.