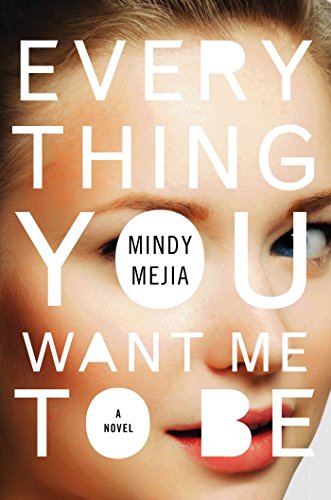 This is the story about Hattie Hoffman and her murder. It is told in the voices of Hattie herself, the Sheriff who is a family friend and Peter, Hattie’s new English teacher who has moved to Pine Valley with his wife and is not happy. Hattie had a way about her. She was an actress through and through. She knew how to be exactly what everyone wanted her to be. Del, the sheriff, has to determine who would kill her and not only that but slice up her face in such a violent way. The main suspect seems to be her boyfriend Tommy but then a light is shown on Peter. Peter and Hattie had a special relationship that is examined as the story goes further. It is interesting to have the three different points of view throughout the story. I think that it really develops it strongly and gives us a birds eye view of what’s really going on. Hattie is not very likable but she is also a young kid who thinks she knows more than she really does. She is a manipulator but she ends up manipulating the wrong person. As the story unfolds, we really get to know the three main characters and what makes them tick.

Great storytelling with lots of twists and turns. I thought I knew for sure who the killer was but alas, I was wrong. Love that! This is a very good psychological thriller looking into what makes every character do what they do. It’s also a page turner from the very start. You won’t be disappointed.