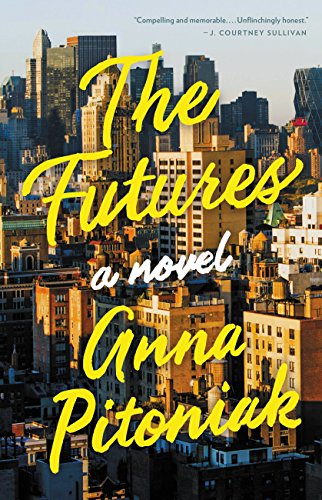 Evan has grown up in a small town in Canada. He works hard enough to get to Yale and play hockey. This is Julia’s world. They fall in love and after graduation, move to New York where Evan starts working for a hedge fund and Julia is at loose ends. She finally gets a job at a nonprofit run by a family friend but she still feels unfulfilled. She also starts to feel that she and Evan don’t belong together. He is working all hours of the day and night. They rarely see each other. When Julia runs into Adam, a guy from college that she has a history with, she starts seeing him behind Evan’s back. Really, it was in front of Evan too but he’s too busy to even notice. He too has a little flirtation going on with a waitress. But he is also involved in a big deal with China that may or may not be on the up and up. He senses something wrong but isn’t sure what it is. One night, Julia opens her mouth to Adam, who happens to be a business reporter, about the deal because she is angry at Evan, not realizing that it will put a lot of things in motion.

It’s a tale as old as time. Boy meets girl. They fall in love. Something happens to split them up. Will they get back together? You root for them to find each other again. You root for them to snap out of whatever it is they are doing. And it is also that tale about how greed can corrupt and change people. Evan was such a good guy. Julia, I didn’t have the warm fuzzies with her. When she starts talking to Adam, I actually said out loud, Oh No! When I found out her past story with Adam, I just had to wonder what the hell she was thinking. Anna Pitoniak captures perfectly that strange transition of being young and foolish to being old and foolish in a different way. It makes you think just what would you do to get ahead if you knew something wasn’t right. Good read.

I received a copy of this book from Little, Brown and Company in exchange for an honest review.