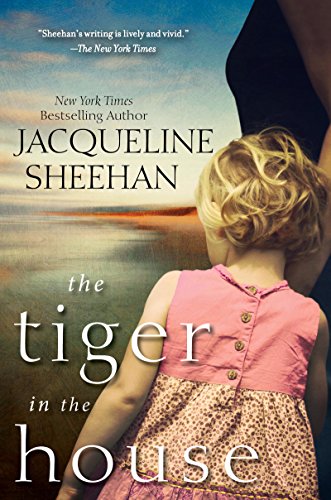 Delia Lamont is  hanging up the reins as a social worker in Portland, Maine. She and her sister Juniper “J Bird” are opening up a bakery/cafe. Since a fire that killed both their parents, it’s always been the two sisters. Delia has always looked over Juniper and has always been on the lookout for any signs of the mental illness that afflicted their father. The night of the fire, their mother had made Delia take Juniper out so that she could handle her father. They came home to the house blazing. Delia ran into the house only to be pulled out by her then boyfriend Tyler, who subsequently moved away. I bring that up because he comes back and changes their lives, a lot!

Ira, her boss, gives her the last case she will have. Little Hayley is found on the side of a road with blood on her clothes. They discover three bodies at a nearby house. Hayley says the woman with them wasn’t her mother so the search for her parents begins. The murders seem to be about the rising heroin trade that is going on in the city and the case will lead them to some dangerous people. Some maybe even closer than they think. Time is of the essence to find Hayley’s family before she becomes a ward of the state. With the help of Detective Mike Moretti, Delia will put herself into danger to find her mother.

This was one of those books that you didn’t want to put down. I was biting my nails as we wound into the conclusion. It is a very solid plot with enough twists to make you keep wondering where it’s going. There is wonderfully written chemistry between Delia and Mike but it’s the chemistry between Delia and Juniper that made me smile. She captured the love of sisterhood perfectly. And boy, did I want to go to the cafe! This is definitely a must read.

I received a copy of this book from Netgalley and Kensington in exchange for an honest review.