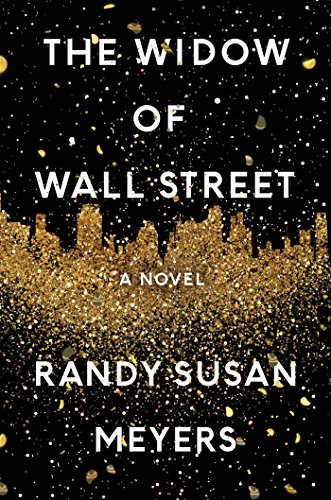 If I hadn’t spent the last week with my grandson in Florida, I would have torn through this story a heck of a lot faster. Just don’t want you to think it took me a while to read it because it wasn’t good, just the opposite! When Randy Susan Meyers writes, you read.

Phoebe and Jake have been together since teens. He has always been this go-getter that wanted more and more. His Wall Street investment firm does well even when others don’t. How is that possible? When his Ponzi scheme falls apart, the fallout is tremendous for everyone. Phoebe’s children want her to not have anything to do with Jake. She feels some obligation to this man that she has been married to for so long. She hurts for all of the people who lost their life savings, especially her family and friends. She has become a prison wife, bringing him coins for the machines, dressing in a certain way. Phoebe has lost track of Phoebe somewhere along the way. Can she find herself again?

Oh, how I wanted to shake Phoebe a few times. Well, maybe more than a few times. I have always wondered how the wives feel when their husband is accused of something so horrible. Do they know? Do they choose to ignore that something isn’t right? It is spelled out so beautifully in this book. Phoebe had something in her past that made her feel that she had to do whatever it took to make it work. Jake was a piece of work and it was hard to see anything redeemable in him and maybe there just wasn’t. Maybe it takes that kind of man to do what he did. None of us know just what we would do in this kind of situation but this book gives you a great look into the family of a criminal and the devastation they cause. Another great read from Randy Susan Meyers and I highly recommend it.

I received a copy of this book from Netgalley and Atria in exchange for an honest review.