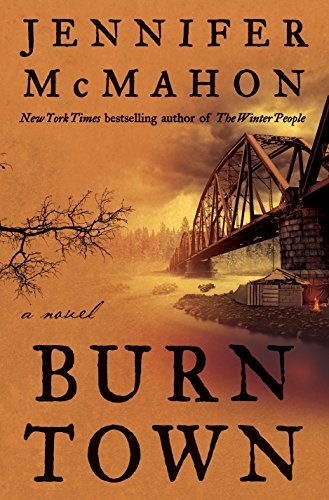 In 1975, Miles Sandeski witnesses the murder of his beautiful mother by a man in a chicken mask. His father is accused of the murder and later appears to commit suicide. He gives Miles the plans for a machine that supposedly allows you to talk to the dead and was supposedly created by Thomas Edison. Years later, he marries his young sweetheart Lily and is raising his daughter Eva and son Errol when tragedy happens. Lily whisks Eva away and they begin their life on the run. They encounter a group of women living in the shadows called the Fire Eaters. Lily is swept up in the group and Eva becomes “Necco”, her favorite candy. When Lily seems to have jumped off the bridge, Necco lives her life on the streets eventually hooking up with a young man named Hermes. Necco has no idea that someone is looking for her because they think she has the plans.

Theo falls for Hannah and begins selling drugs for her. She comes across Necco and her fire eating and mistakenly leaves her satchel with a lot of money in it. This is going to draw Theo into Necco’s life and the mystery of all the murders that surround her.

And then we have Pru. I was a little creeped out by her at first but there is so much more to Pru than meets the eye. She is the overweight lunch lady who becomes addicted to the “vitamins” that Theo gives her. She also has a miniature circus in her apartment. The more Pru is in the picture, the more I fell in love with her.

The story dragged for me a little in the beginning but once I got towards the middle, I could not put it down. There was so much going on. Friendship, life, death, the circus, dreams, love, hate, everything but the kitchen sink! (Though there was a sink) I loved the three leads together and how they helped each other out forming their own little band of fire eaters, in a sense. There is the usual creepy, eerie feel as in all of Jennifer McMahon’s books, which is usually what draws me in, but I think this time, it was the human connection the people in the story make. I am a fan of her books and this one did not disappoint. Good read.

I received a copy of this book from Netgalley and Doubleday in exchange for an honest review.