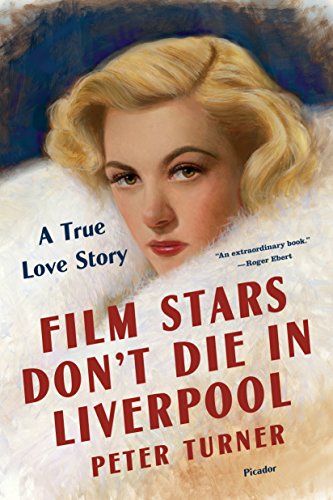 I won this book from GoodReads and then quite by coincidence, I watched The Bad and the Beautiful last weekend. That movie is the movie that Gloria Grahame won her Oscar for. She was quite the actress and a name that probably a lot of people don’t know about. I think you might remember her from Oklahoma! as Ado Annie. (a role that she wasn’t thrilled with because she really couldn’t sing) This book tells the story of her very last days. She calls Peter, her ex-lover, out of the blue. She is in England, where he lives, and she wants to see him. He doesn’t expect to see someone that is deathly ill. She has cancer and will not go to the doctor or the hospital. He brings her home to his mother’s house and that’s where the story takes off. His family is a lot of fun. His mother is leaving for a vacation in Australia soon and she won’t if Gloria is dying in her house. The family really pitches in to work it all out. We also get a glimpse at the relationship that Peter and Gloria had. Peter was almost thirty years younger than Gloria, which now wouldn’t be so much of a scandal.

This is a very short read, only 170 pages. The story really takes place in such a short time but it feels much longer, like a lot of life is lived in just a couple of days. If you are an old movie fan as I am, I think you will enjoy it. (As much as you can enjoy a story about someone dying) I am going to look up some of her other movies and binge.

I received this book from GoodReads and the review is my own humble opinion.