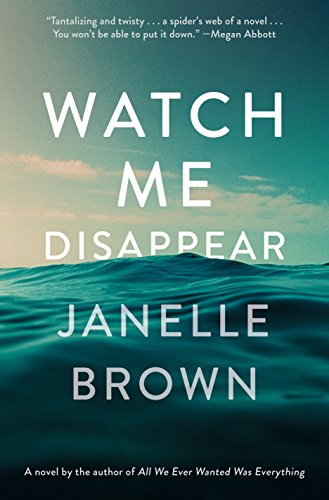 When Billie disappears while hiking alone, her husband and daughter are left to pick up the pieces of what they thought they lives were about. Because of Jonathan’s speech at her funeral, he’s offered a book deal about his loving relationship with his wife. As he struggles to write it and awaits the court proceeding to declare her dead since there was no body, he begins to find some things out that he did not know about his wife. Their daughter Olive is struggling as well, with just being a teenager finding herself, the loss of her mother, and some visions she has. She is sure her mom is alive and trying to tell her to look for her. As more secrets unravel, these two will be on their own paths to the truth and hopefully to each other.

This story will definitely reel you in. The further I read, the more I didn’t like Billie at all and yet was drawn to her. You will wonder exactly what happened to her and there is some resolve in the end, so that was good. I love both Jonathan and Olive. They were both written with such depth and emotion. Both harboring their own way of grief and yet loving each other so much. That was obvious throughout. I think there were times I was thinking hmmmm and that kept me from giving it a full 5 stars but it is such a good read. It’s a great look at the love of a parent and the love for a parent. And it does ask the question, do we ever really no someone?

I received a copy of this book from Netgalley and Random House in exchange for an honest review.