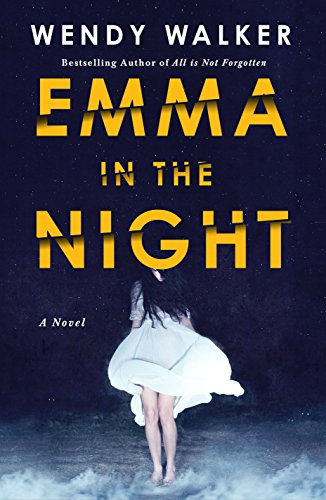 Three years earlier, the Tanner girls, older sister Emma and younger sister Cass, disappeared. Their car was found at the beach but no signs of the girls until the day Cass appears at her mother’s house saying they have to find Emma. The FBI are called in, the same agents who were there three years ago. Dr. Abby Winter has been totally taken over by the case because she believes the girls’ mother was a narcissist, just like her own mother. And there is no doubt she is as you turn every page. This is one screwed up family! When Cass tells the story of where they have been these past few years, more family secrets are revealed and a well laid plan starts to come to fruition. Where is Emma and will we ever get the truth?

Wow. Wow. Wow. This story unfolded like a those little Russian dolls. You know the ones I mean. A secret opened up and you said A-ha! But wait! There was another one and so on and so on. You knew there was something going on and you were pretty sure you knew what was what but you were wrong. Loved it. Great read full of twisty turns.

I received a copy of this book from St. Martin’s Press in exchange for an honest review.