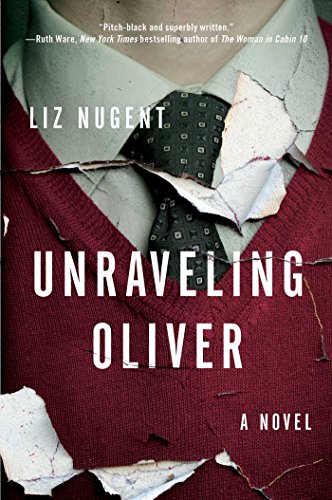 I have seen this line in many reviews and I hate repeating but it speaks volumes about this book:

“I expected more of a reaction the first time I hit her.”

Thus begins the story of Oliver Ryan’s life and what he has done to get where he is. As the book starts, Oliver has beaten his wife Alice into near death. His story is told by Oliver and then by the people who have crossed his path. He didn’t have a great start in life, abandoned almost completely by his father, to live at a boy’s school. He never knew who his mother was. He didn’t know his half-brother by his father’s second marriage. He befriends Michael and has a relationship with his sister Laura, which doesn’t end well. To be honest, nothing ends well if Oliver has been involved. We also hear from Barney, who loved Alice.  And then there is Alice’s brother Eugene, who she deeply loves, but because of his mental handicap, Oliver sends him away. Moya, the next door neighbor and an actress, has an affair with Oliver. It is accidentally by her hand that Alice finally learns the truth about Oliver and his time in France. It slowly unravels until we finally find out just who Oliver Ryan really is.

Oliver has been compared to Joe in the book You but I do not see that at all. I liked Joe, for whatever reason all we readers did, but there was nothing at all likable about Oliver. He does have his one generous moment, I will give him that. But even though Oliver was horrid, I kept reading and wanting to know  more about what made him tick. I loved the alternating points of view because we saw just what different people saw differently about Oliver. The characters  were all interesting in their own right with their life paths. If you want a rather dark read that will lead you down a rather dark path, this is the book for you. Enjoy!

I received a copy of this book from Netgalley and Gallery Books in exchange for an honest review.