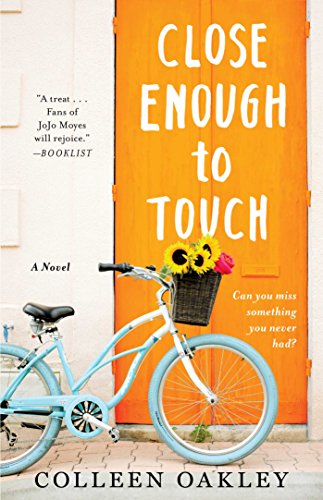 Can you imagine being in a world where you can have no physical contact with any other human being? This is the world Jubilee Jenkins lives in. She is allergic to any human contact. A mere kiss from a boy in school, sent her almost to her death. But that’s not the only thing that is missing in her life, her mother left her when she was young to live alone in their family home. Jubilee has pretty much been a hermit for most of her life. When she gets word that her mother has died and her stepfather will not be sending her any money, the house will be hers free and clear, she has to venture out into the real world. She has become agoraphobic. She hasn’t had any contact even verbally with anyone. She stumbles across her old school nemesis who gets her a job at the library. It is a whole new world for Jubilee.

We also have Eric, who has moved to town for six months with this adopted son Aja. Aja has so many issues since the loss of his parents and Eric is still dealing with his teenage daughter Ellie and how she doesn’t want anything to do with him.

When these three people stumble across each other, their lives will change in ways that none of them could imagine.

This book will definitely tug at your heartstrings. My heart broke for the kind of life that Jubilee lead for all those years. She really had no life at all. I love how Ms. Oakley wrote her with such care and made her so multi-dimensional, not just some scared woman. She was fully thought out.  She could break your heart and in the next turn, make you laugh.  I had a few problems with Eric. He seemed pretty stuck in his own world and not open to listening for quite a while. He did grow on me after a bit. And Aja, poor sweet Aja. You just knew that he was hiding something that was making him do what he was doing. This is one of those books that you will remember for a while and that ending!

I received a copy of this book from Netgalley and Gallery Books in exchange for an honest review.