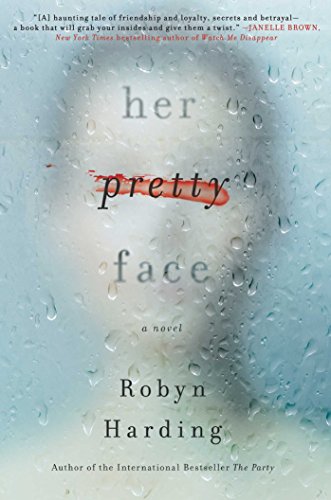 Frances Metcalfe has no real friends among the mothers of her son’s private school. Her son has some issues and an incident with a bottle of water, sets the tone for how the others treat her. Until Kate Randolph appears on the scene. She is everything Frances feels she is not. She is a tall, thin, classy woman compared to Frances’ rather frumpy, overweight appearance. Frances has something from her past that has left her feeling bad about herself. Her husband tells her he loves her just as she is but Frances is loaded with self-doubt so when Kate comes to the rescue, her life starts to change. But is anyone who we truly think they are?

Kate’s daughter Daisy comes and goes as she pleases. Kate doesn’t seem to care. A stranger seems to be buzzing around Daisy’s life but why? What is his agenda?

The story also lets us hear the from the voice of DJ, who’s sister was tortured and killed by a couple when she was a teen. He knows that there was more to the story than the young woman told. She was not who she pretended to be.

Everyone pretending to be someone else can only lead to one thing, an explosion.

It was so hard to put this book down. I had figured out things pretty early on but the way it was written, really enhanced the whole reveal and aftermath. I loved Frances coming to grips with her life and herself. It was a total rebirth. Daisy was a very powerful character. It was fascinating to watch her grow up and work things out. Once everything hit the boiling point, it was hard to put down. Another great outing by Robyn Harding. You will enjoy The Party too, if you haven’t picked it up yet.

This would make a fabulous miniseries.

Thanks to Netgalley and Gallery for a copy of this book.