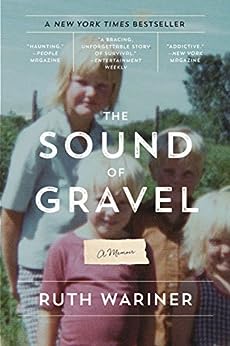 I am fascinated by polygamy. I have read many books about it and by people who have escaped it. This is really a terrific book on the subject.

Ruth was raised in Mexico in a group that was founded by her prophet father. He died when she was a baby. Her mother remarried another man from the family named Lane. He was not a good guy, to put it simply. Her family lived pretty much in poverty. They would cross the border to collect food stamps for her family. Her mother having to pretend she did not know who the father was of her children. Their education was pretty lax. They spent a few years in some other cities , even living with her grandparents when her mother left Lane for a while. I was so happy for them during that period and then Lane shows up again.  But there was also some sexual abuse by Lane on Ruth and other kids in the compound. Her mother espoused forgiveness. This I had a hard time with. I am not sure if her mother’s tears were for what happened to Ruth or her fear of not having her husband anymore.  Or were they because she believed so deeply in her faith? That left me very emotional.

The writing is wonderful. I honestly felt like I could taste the dust of the desert and smell the mice droppings that littered their home in Mexico. You could feel the cold in your bones as the wind blew through the thin walls.