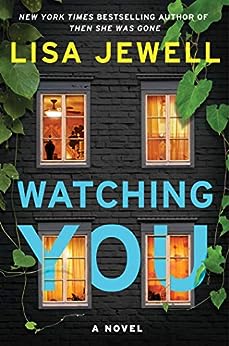 This beauty comes out at the end of December and you are going to want to read it! This is my second Lisa Jewell book and like I said after the first one, Then She Was Gone, I don’t know why I am so late to the party!

There is a dead body in one of the houses in Melville Heights. (And I have to admit I thought it was one person but was so wrong) The story takes us between the police questioning a few people, to the stories of the people living there. They all seem to revolve around Tom Fitzwilliam, the headmaster at a local school. There is Joey, who recently moved in with her brother and pregnant wife. She feels a connection to him. There is Jenna, who’s mother has some serious mental issues and believes that Tom is watching her ever since a vacation they took. Jenna also has serious doubts about Tom’s character around female students. Tom’s son, Freddie, who keeps an eye on the comings and goings of the street, feels like he both loves and hates his father. Then there is Nicola, Tom’s wife, who seems to try to be something she’s not for him. It all swirls and ebbs around and around until you start to not trust everyone and isn’t that the most delicious part of reading?!

This is such a page-turning read and I could not wait to see how it all played out. Each of the main characters are written with such clarity and you really could feel what they were all about. I really loved the progression in Freddie. And who doesn’t love that little tidbit at an ending that makes you go AHA! I will read more and more from this wonderful writer, at least until I finish her library, and wait for more.

Thanks to Netgalley and Atria for this fantastic book.

One thought on “Watching You”