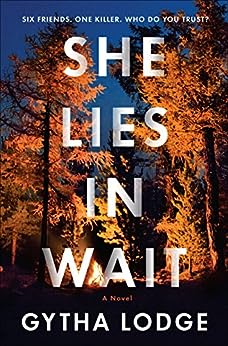 Thirty years after Aurora Jackson has gone missing, her body is found at the campground she was last seen at. She had went that night with her sister Topaz and a group of her sister’s friends. We get the backstory as to what happened in Aurora’s eyes as we alternate with the investigation into her murder. This is the first in a series with Detective Chief Inspector Jonah Sheens. I really look forward to reading more about him because he is a very interesting character. He grew up with the kids involved so he had a higher stake in it than most.

The story unfolds as each suspect is brought in for questioning and little by little, secrets are revealed. I really had no idea who the killer was. It could have been any of them. I loved Jonah’s process and his thinking as he slowly unfolded everything.

Thanks to Netgalley and Random House for a copy of this ARC.