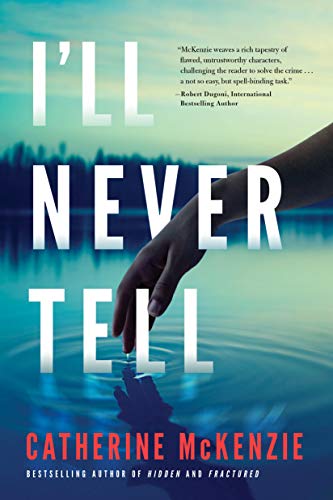 A family tree can be a wondrous thing with it’s branches spreading out and leaves sprouting up. It also has roots, roots that can get twisted and tangled. Such is the family tree of the MacAllister family. The siblings have reunited at the summer camp their parents owned and ran, on the anniversary of their tragic deaths. The will is being read and a memorial service is being held. When their lawyer lays out the details of the will, the family has to deal with repercussions of an accident that happened years ago at the camp to a friend of Margaux’s, Amanda. Their father believes their brother Ryan was responsible and they have to vote on if they also believe him or not. The truth will be revealed but it might not be what any of them really want to hear.

I really enjoyed how the book was told in the different siblings’ voices and also Amanda’s version of what exactly happened that fateful night. There is also a timeline, a schedule of where each person was supposed to be at the time. Your suspicion will go back and forth between all of them until the very end. There were some surprising things uncovered along the way. It is a great whodunit with some family drama mixed in. Having a strained relationship with a few of my siblings, I really understood where they were coming from.

This is another notch in the ladder of Catherine McKenzie’s books. You will not be disappointed in any of them.

Thanks to Netgalley and Lake Union for a copy of this book.