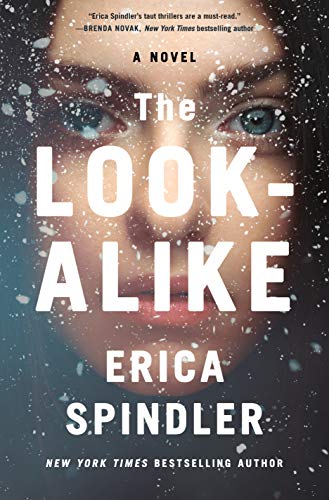 This was my very first book by Erica Spindler and I have to say, I enjoyed it quite a bit. It won’t be the last one I read.

There is something about a death in the snow at night that already leads itself into something you want to uncover. When you add an eerie suspicion that it might be you that was the target, you want to uncover more. Sienna Scott stumbled upon a murdered girl in college one night, who happened to be wearing almost the exact same jacket and gloves. When no murderer has been arrested, she begins to wonder that maybe she was the target. Take into account that her mother has a mental disorder that leads her to paranoia and fear that someone is trying to get her, you begin to wonder if she is right or she is like her mother. We travel back and forth between the past and the present where Sienna has come back home after years abroad. Not only does she have to deal with memories, the case has been reopened and Sienna is getting phone calls that have her on edge.

You will feel the mounting fear rising in your chest as the story stretches out. You start to second guess everyone and everything. There is a great group of characters lead by Sienna that has you hoping you are right about some things and wrong about some things. The mystery didn’t last throughout the whole book, I pretty much figured out the killer pretty quickly, but that didn’t take away from the story at all. Sienna is someone you will want to root for.

Thanks to Netgalley and St. Martin’s Press for a review copy of this book.